Connectintg Mandello recovers the historical pre-existing structures and enhances the context of the small town of Mandello del Lario. A ring-shaped cycle-pedestrian path creates a connection between the lake and the mountain. In particular, the area of ​​the Vellutificio Redaelli, a historic building in the town built in 1893, is being redeveloped.

The affected area is dense with buildings, mostly shed industrial warehouses and offices that close the lot to the city, creating both a physical and visual barrier to the lake. The redevelopment of this area has made it possible to return a space closed in on itself due to its industrial function and has allowed the city to be reconnected to a stretch of coast that was previously inaccessible. The idea is to create a permeable space where both public and private functions coexist, becoming a pole of attraction for both citizens and tourists.

This permeability is achieved through demolition interventions: all the most recent industrial structures are demolished to make room for a series of paths, alternating with squares and large green spaces, which connect the beach to the project cycle and pedestrian path and the city to the the needle.

The central core of the project consists of a large square where green areas alternate with paved areas. This double intertwining creates the idea of ​​a fan that opens towards the lake. The auditorium, swimming pool and refreshment area required by the plan document overlook this square. On the back of these buildings there is an access ramp to the underground parking lots (with agreements with the spa, which is 50 meters away and with the hotel, which is about 100 meters away).

The result is an attractive area full of diversified functions and capable of welcoming a varied user in which open and closed spaces, public and private, relate to each other and to the context through a network of paths designed to give unity to a city. currently fragmented. 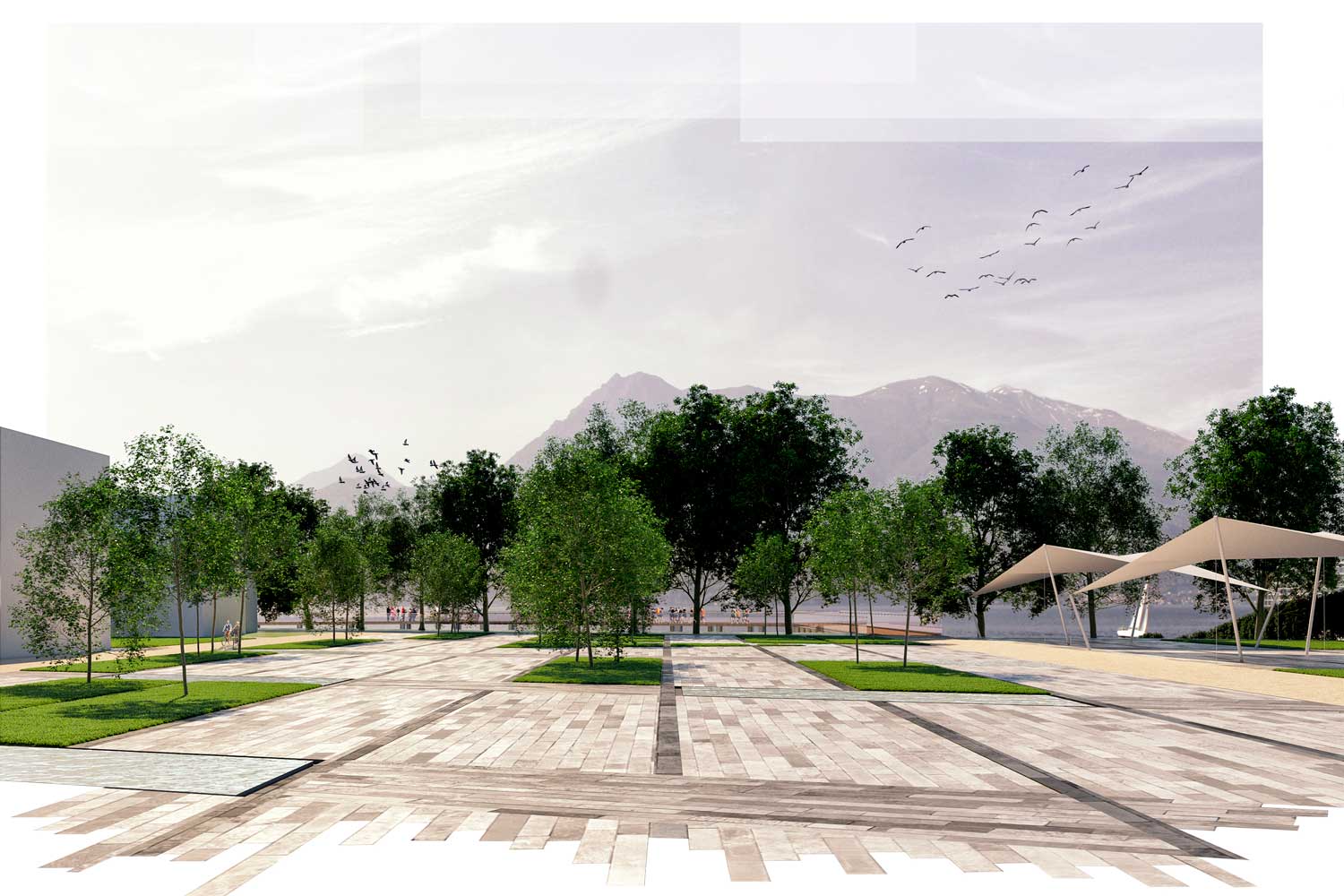 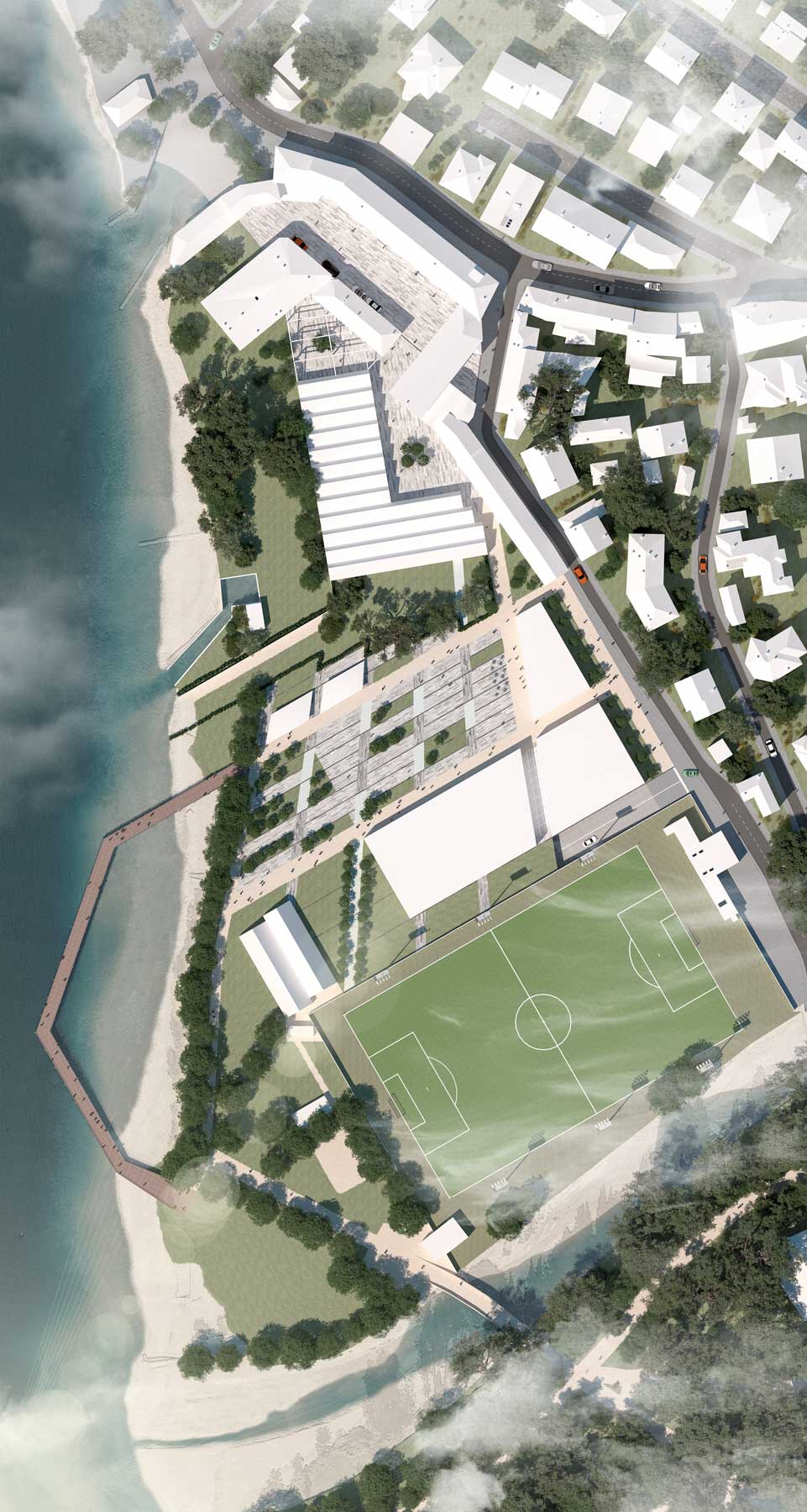 Architrame uses cookies to improve your experience. We'll assume you're ok with this, but you can opt-out if you wish. Read More